In 1998, the Combined Universities Centre for Rural Health (CUCRH) was established as one of eleven University Departments of Rural Health (UDRH) across Australia and is supported by the University of Western Australia. As the state’s only UDRH, the centre – now known as the WA Centre for Rural Health or WACRH – continues to actively improve rural, remote and Aboriginal health by promoting rural health careers, creating rural-based placements for undergraduate and higher degree students and providing education, training and support relevant to rural and remote practice.

Additionally, it undertakes collaborative research and knowledge translation with a particular focus on Aboriginal, public and population health and service delivery.

Based in the coastal town of Geraldton, the WACRH building has become locally known as the “A-frame on the hill” since it was built in 2000.

While it served the centre well for over a decade, a combination of Commonwealth and State government funding allowed for a multi-million dollar redevelopment in 2013, which saw the addition of a two-storey extension to its eastern wing to accommodate a new education and simulation centre.

The EdSim Centre is a purpose-built facility that provides students and professionals with clinical education and training in a simulated environment.

As well as achieving a comfortable indoor environment within the centre, Hallinan’s brief was to provide a system with intuitive end-user control that offered independent modes of operation for each space, as well as remote log-in capability.

“It is a mixed use building combining offices, consulting rooms, meeting rooms and a practical lecture area (so) it was important to provide adequate temperature control as required for each area depending on individual requirements and room occupancy,” said Hallinan Refrigeration.

The multi-use nature of the facility combined with the building fabric presented Hallinan with a number of installation challenges.

For instance, the existing ceiling grids placed restrictions on the system layout and design.

A careful approach to equipment selection and installation was also required due to a lack of adequate ceiling space and complex timber truss layouts.

The other challenge that impacted on system design and equipment selection was Geraldton’s climate.

In summer, temperatures have been known to reach 47°C with the average number of days above 30°C exceeding 80 across the year. Conversely, winter temperatures can occasionally fall to around 0°C. 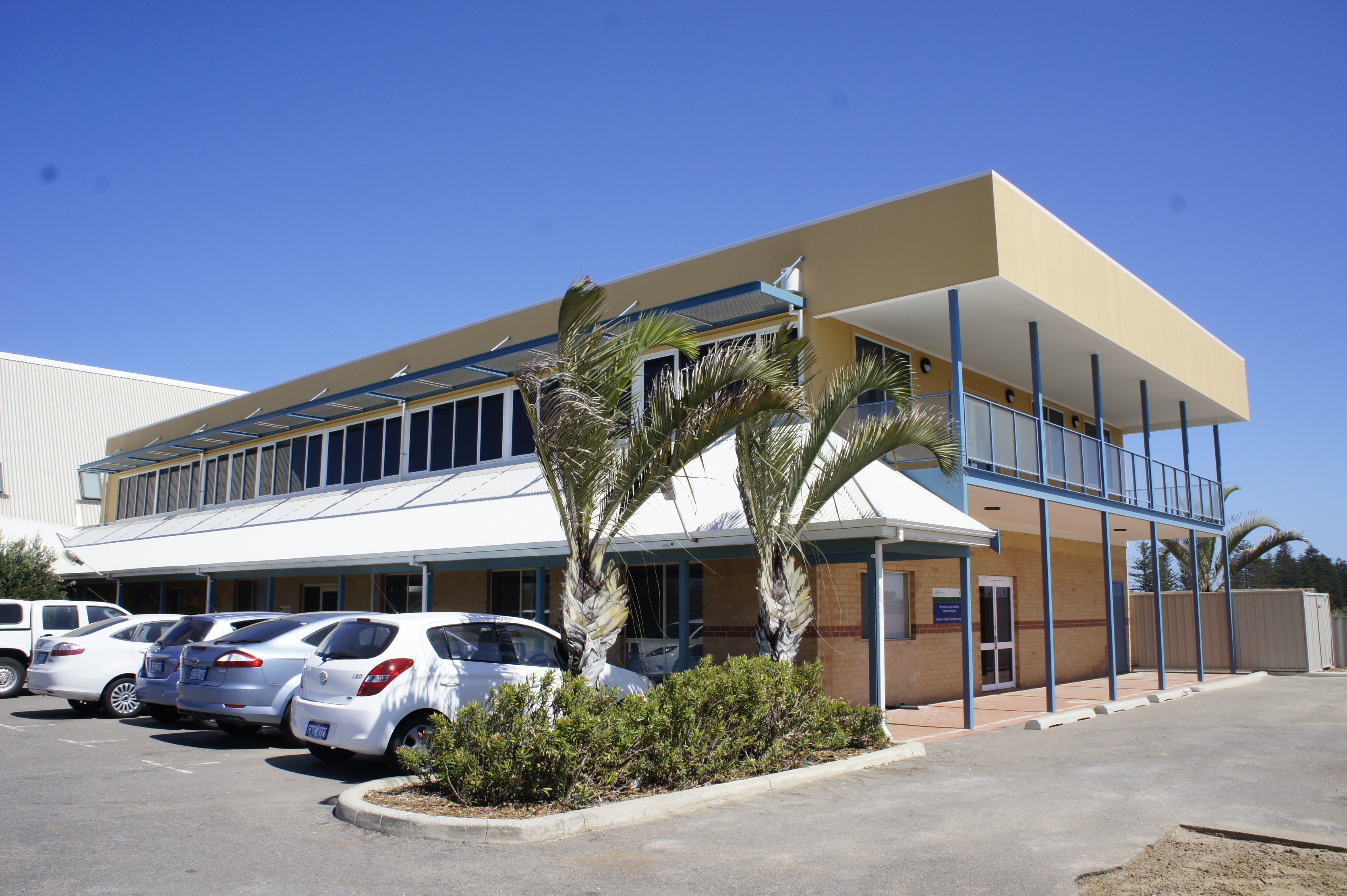 This led to the careful selection of a 101kW system comprising of two Fujitsu VRF heat recovery systems and a number of cassette-type fan coil units (FCUs) which met the brief of cost-effectiveness, timely delivery, performance and functionality.

Fujitsu’s VR-II heat recovery systems were ideal for the multi-use nature of the EdSim Centre as they are able to provide simultaneous cooling and heating operation in multiple rooms or spaces fitted with an indoor unit.

This functionality also delivers high levels of energy efficiency, as the VR-II heat recovery systems are able to draw heat from the room to be cooled and transfer it as energy for rooms that are to be heated.

And when multiple outdoor units are connected, as was the case at the WACRH, a sophisticated operation is performed by each compressor so that all compressors operate at part load and distribute refrigerant to all of the heat exchangers, improving overall system efficiency.

The restrictions created by the ceiling grids, as available ceiling space and truss position, dictated the selection of twelve Fujitsu compact cassette units.

These units feature a high efficiency design with a two-stage turbo fan and spread air distribution across the heat exchanger evenly to produce two separate and quiet airflow streams. This made them ideal for the office and lecture spaces within the EdSim Centre.

A further nine standard cassette units were also deployed where space constraints did not exist.

According to Hallinan, another reason for the selection of the Fujitsu VR-II and cassette units was the simple process for interlocking the indoor units with outside air fans and motion sensors to provide a high level of user control and greater energy efficiency.

WACRH staff members are also given control of the air conditioning system via an intuitive touch-screen central control unit.

With easy finger touch operation via high resolution TFT-LCD panel, it allows users to easily manage the temperature of specific rooms and spaces, as well as distribute heating and cooling to different rooms simultaneously via individual control of the indoor units that can each be named.

This system can be accessed remotely or over a network via the VRF Explorer PC interface which provides a wide range of controls including energy saving management, indoor and outdoor unit control and peak cut operation.

According to Hallinan Refrigeration and Air Conditioning, the support provided by the Fujitsu technical department throughout both the design and commissioning phases of the project had a major influence on the selection of Fujitsu products for the WACRH project.

Additionally, the extended warranty terms offered by Fujitsu General on its commercial range was considered important, particularly since not all manufacturers offer such terms.

The construction of the Western Australia Centre of Rural Health’s EdSim facility was completed early 2014, and was officially opened by dignitaries in April 2014.

The air conditioning solution employed here has since performed to optimum levels and is meeting the demands placed on it by the new facility which continues to support remote communities in the mid-west region of Western Australia.